Do you or someone you know feel as if you’re getting too close to heaven? Do you feel that life is unbearable on this crazy blue planet and that you don’t know how much longer you can live here? I have felt that way too, I assure you.

Acutely aware that an innumerable amount of people has lost someone they love during this pandemic, from either the virus, because they couldn’t get the medical care they needed, or because they took their own life, I am thinking of you today and wanted to share a poem that I wrote years ago for a friend of mine who took his life. The poem was inspired by the song “Too Close to Heaven” by The Waterboys which you can hear in the stunningly beautiful and powerful video below, posted by deep46blue on YouTube.

If you know of someone who is struggling with their mental health right now, please reach out to The Centre for Addiction and Mental Health (CAMH) for advice on how you can help them. Their toll-free number is 1-800-463-2338.

TOO CLOSE TO HEAVEN

All the love
All the laughter
Every joy
Every game

You’re too close to heaven to worry about shame

All the raging
All the mud
Every river
Every flood

You’re too close to heaven to worry about blood

All the stress
All the fright
Every vow
Every tear

You’re too close to heaven to worry about fear

All the past
All the future
Every hope
Every strife

You’re too close to heaven to worry about life 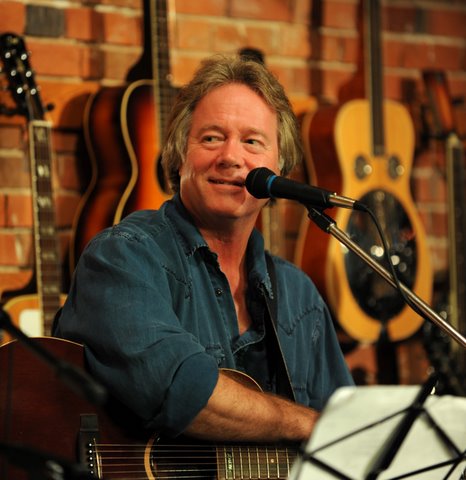 I’m just getting to know Country, Americana & Folk troubadour and producer Wyatt Easterling through Music Business Mentoring, a platform he launched earlier this year with singer-songwriters Marlene D’Aoust and Jen Smith that features an incredible resource of leading music industry professionals who are acting as mentors to those who are trying to find their way in a very challenging business.

When life feels like it’s too much to handle we may think about stepping out, but that’s a permanent solution to a temporary problem. Things are seldom as bad as they seem so I say: “Stay In The Boat.” ~ Wyatt Easterling

Wyatt doesn’t know that I struggle with depression and may not know that I’ve been grieving the death of my sister and best friend, Karen, who passed away 14 months ago from ovarian cancer leaving her husband and twelve-year-old twins behind. To say it’s been a challenging couple of years for me and my family has been an understatement. I have often not wanted to “stay in the boat” myself but I’m fortunate to have enough support in my life to keep me from jumping over board. However, not everyone does.

As synchronicity would have it, Wyatt reached out to me and shared his song “Stay In The Boat” because he noticed a post I made on behalf of my client, ArtsCan Circle, about the rising aboriginal suicide rate in Ontario and he thought I might like to share it with ArtsCan Circle colleagues and supporters. ArtsCan Circle is a not-for-profit organization that sends teams of musicians and artists to remote Indigenous communities engaging groups of children and youth in workshops to facilitate creative expression and teach skills in playing musical instruments, songwriting, visual arts and performance arts. ArtsCan Circle gives those at-risk youth a reason to “stay in the boat.” So, not only would I like to share this thoughtful, poignant song with them, but I’d like to share it with you too and with anyone who suffers from depression.

Stay In The Boat 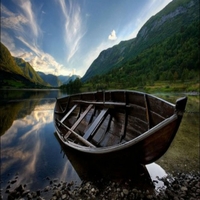 from the gate, and as we talked, he began to reveal to me that he was suffering through a growing discontentment with the world around him. As the conversation progressed I began to realize that he was slipping into a serious depression and I became uneasy with some of his dark humor.  When he pointed out that I would know what happened if his sailboat came ashore one day without him, I could only say “hang in there,” things will be brighter tomorrow.

About this time the flight attendant said I’d have to turn off my phone to prepare for takeoff, but before I did I fired off a text to my pal: “We don’t know what tomorrow will bring so just stay in the boat.” Isn’t it funny how we always make a stab at humor when we don’t know what to say?

I spent the next three weeks touring from Michigan out to Alberta, Canada checking in with my friend, as frequently as guys will do, which is to say about once a week. My way of broaching the subject was to simply ask: “How ya doing,” his response: “I’m still in the boat.” “Just stay in the boat” became our motto as we hung up with each other.

This song came together over the ensuing miles in the car, running along the Bow River in Calgary and hanging out in airports. I finished it during a 4-hour layover in Charlotte waiting for a 25-minute flight to Raleigh.

Two days after I got home from my tour Robin Williams did the unthinkable. A week later I was in Nashville producing a cd for an artist and as fate would have it there was time to record this song. If you think it could help someone please pass it along.”

When you don’t quite know what to say to your loved one who is suffering from depression, try sharing this song with them or with anyone whom you believe would gain comfort from it.

“Stay In The Boat” is available through CD Baby and iTunes.