SULTANS OF STRING PREMIERE VIDEO FOR THE SONG TURKISH GREENSLEEVES

The Sultans of String are: Chris McKhool · Chendy Leon, Jr. · Eddie Paton · Drew Birston · Kevin Laliberté. The band is set to take their genre-bending mix of songs to venues across Canada and US. See full schedule below for shows for the whole family.

As we get closer to the holiday season expect to hear songs from the band’s acclaimed album Christmas Caravan. Released in 2017 Christmas Caravan charted at #6 on Billboard’s World Music Chart and delivers musical harmony with its diverse sound. Co-produced by bandleader and violinist Chris McKhool, along with John “Beetle” Bailey who has been nominated by the Canadian Folk Music Awards as producer of the year for the release (results Dec. 8).

“Sultans of String keeps imaginative imperatives in overdrive for the entirety of Christmas Caravan, a generous pitch for global unity through the music of Christmas, Kwanzaa and Hanukkah. These five musicians have jubilantly recharged the classics with arrangements that demand attention” – Downbeat

Sultans of String are 3x JUNO nominees/3x CFMA winning ambassadors of musical diversity. In 2017 they were recognized by the Folk Music Ontario Awards who honored Chris McKhool and Richard Bona with The Songs From the Heart Folk Music from Around the World Award for their song “Sing For Kwanzaa” from Christmas Caravan.

See them at the following venues across Canada and the US:

Christmas Caravan was produced with the support of the City of Toronto through the Toronto Arts Council.  We would like to acknowledge funding support from the Ontario Arts Council, an agency of the Government of Ontario. This project is funded in part by FACTOR, the Government of Canada and Canada’s private radio broadcasters. 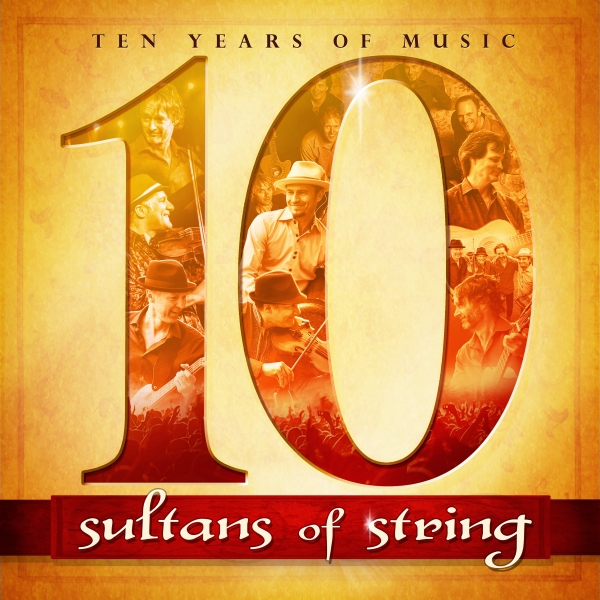 They are celebrating this decade of music making with a limited edition vinyl-only release, 10, featuring re-mastered cuts from their 5 CD catalogue,, as well as an unreleased track from their upcoming Christmas Caravan album.

“We all grew up listening to vinyl, everything from Peter Gabriel and Pink Floyd, to the great folk singers”, says bandleader/producer/violinist Chris McKhool. “I took a break for a number of years when CDs were all the rage, but came back to records a few years ago when exposing my daughter to cool music. There is something so special about the ritual of listening to vinyl– the sound, the smell, the feel of it.  Time and space are put on hold, and I lose myself. After making and performing on countless CDs, we can now cross off making a vinyl album from our bucket list!”

Folk Radio UK recently described their music as “an enthralling, adventurous celebration of the power music has to transcend geographical and cultural boundaries, and Sultans of String wield that power with grace, eloquence, and spirit.”  Indeed 10, is more than a global sonic tapestry. It is a musical promise that embraces differences while finding common ground across culture, land, and time.  While the album treks across all kinds of musical terrain, the fertile soil beneath each track is fed by hope unhindered and freedom found.

Sultans of String are celebrating their 10th anniversary crisscrossing North America and the UK. They have recently performed at many taste-making forums such as JUNOFest, legendary jazz club Birdland in NYC, and California’s hip music scene, including the San Jose Jazz Festival. They recently sold out Koerner Hall (Toronto’s Carnegie Hall) and performed with Toronto, Vancouver, Edmonton, and Maryland’s Annapolis Symphony Orchestras. Sultans of String have performed live on BBC TV, Irish National Radio, and the internationally syndicated shows WoodSongs, World Cafe, and on SiriusXM in Washington DC.

Included inside is an 8.5×11” full colour poster autographed by the band.

“Sultans of String are so extraordinary and put on a sensational show—one of my favorite bands on the planet!” ~ Todd Barkan, Lincoln Center, NY

“You get the feeling this is Willie & Lobo or Gypsy Kings taken to the next level of the game, sometimes all at once… a sure bet to notch a JUNO and any other award winning hardware to come its way.” ~ Midwest Record, Chicago