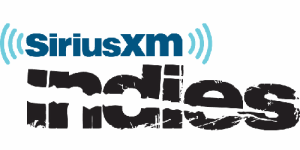 [Toronto, ON]  Canada’s high octane string slingers, Sultans of String, took home the trophy for World Group of the Year at the 14th Annual SiriusXM Indie Awards (“The Indies”), for their revved up roots-worldbeat-symphonic mash-up, Symphony!

Past recipients of this illustrious Award include such luminaries as Johnny Reid, Adele, Alex Cuba, Tom Waits, The Sheepdogs, and Arcade Fire (for the complete list of this year’s nominees and recipients, pls visit http://www.indies.ca).

“Receiving this Award is such a wonderful honour. We love telling Canadian stories through our music, and there is no greater inspiration for our songs than the amazing people and places that touch our lives. We feel very fortunate to be able to share these stories with others”, says bandleader/violinist Chris McKhool.

Known for dizzying music jams, poly-rhythms and raucous riffs, the Sultans of String sound can’t be pinned down — it’s Sable Island meets the Silk Road, with detours through the Gypsy-Jazz coffeehouses of Eastern Europe, next an East Coast Kitchen Party, then over to the bustling markets of Lebanon and Cuba!

Acclaimed promoter and former A&R man David Wilkes (Emmylou Harris, Joan Baez, Jerry Jeff Walker) states, “Over the decades, I’ve worked with numerous top ten and #1 Billboard artists. In all that time, I have not worked with composers more talented than Chris McKhool and Kevin Laliberté from Sultans of String. Not only are they a superb writing team, they are also amazing arrangers & musicians. Symphony! is a gigantic leap forward.”

Since forming (lucky) 7 years ago, Sultans of String have been on a meteoric rise with an astonishing number of awards and accolades in tow, including a JUNO nomination, 2 Canadian Folk Music Awards, 1st place in the ISC (out of 15,000entries), plus invitations to play with such legendary artists as The Chieftains, David Bromberg, and Livingston Taylor. The Chieftains’ very own Paddy Moloney guests on Symphony.

The band is performing non-stop on both sides of the border in support of the new offering.

“The blending expands the potential reach of the group…while offering a wonderful experience for this travelling band of merry music-making men to cross their music with yet another genre.” Toronto Star

“Since they started out working as an instrumental duo, violinist Chris McKhool and guitarist Kevin Laliberte have kept adding players and guests, even occasional singers. Now there’s a whole orchestra backing the global fusion project on their new fourth album Symphony! But whether it’s four or 40, the band taps an irrepressible enthusiasm.” Calgary Herald

[“There’s chemistry] in the violinist’s classical touch and Lebanese ancestry and the guitarist’s feel for rumba-flamenco grooves and jazz or rock jams. Today touches of Celtic, Gypsy jazz, Klezmer music and other influences fill out the mix… Symphony! manages to swing very nicely and the orchestra doesn’t sound like aural wallpaper for the band.” Edmonton Journal

“A new fusion of roots and classical…the results are mind blowing.  Even though the instrumentation is different, you get the feeling this is Strunz & Farah or Willie & Lobo or Gypsy Kings taken to the next level of the game, sometimes all at once… any fan of world beat or contemporary instrumental music is sure to absolutely flip for this gem.  Hot stuff throughout and a sure bet to notch a Juno and any other award winning hardware to come its way.” Midwest Record, Chicago

“Sultans of String seem to be hoovering up Canadian awards and nominations like a Dyson on speed — a joyful melting pot of jazz, flamenco, folk, and indeed anything else that takes their fancy.. this is the sort of band and music that would rip up any festival.” Maverick Magazine

“What this band does is not only good fun, it’s stocked wall-to-wall with irresistible international musics – gypsy jazz, flamenco music, Inuit melody, ukulele raveups, visiting musicians from the Chieftains…Lebanese music, you name it. If it’s got strings and fingerboards, count them in. What they never forget to provide, though, is enough melodic charm to beguile almost anyone. The large orchestra certainly does give them gravitas but, on their own, they’ve got as much charm as they need.” Buffalo News