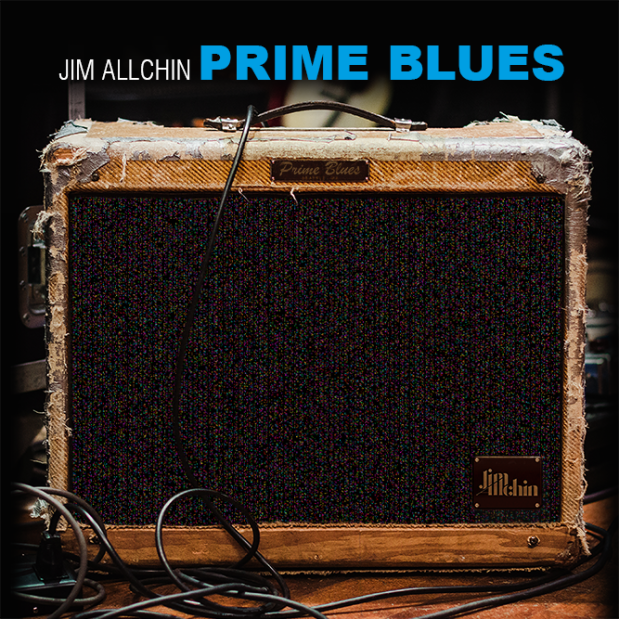 Hambridge stated: “I’m so very proud of this major step forward in Jim’s journey as a Bluesman. We had an absolute blast co-writing some of the songs, planning and recording Prime Blues and we’re anxious for blues fans around the globe to hear these incredible tunes and performances.”

Featured in Apple Music and receiving wide critical acclaim, Allchin’s last LP, Decisions, topped Contemporary Blues and Blues Rock charts for months and was named a Top 20 Blues Rock Album of 2017 by the venerable Roots Music Report (RMR), the number one independent music chart in the world. RMR compiles radio airplay data from radio stations around the globe that play Roots Music and is widely considered a real-time industry barometer.

The reviewers said:
• “Decisions is Jim Allchin’s best release to date!” Blues Bytes Review
• “Lovers of modern blues need to check him out.” Norman Darwen, Blues in the South Review
• “If you decide to hear some great music, here it is!” Smoky Mountain Blues Society
• “Allchin flat out rips!” Rick Bowen, NW Blues

Allchin added: “The title Prime Blues refers to both my love of the blues as well as my love of mathematics. Prime Blues is more concentrated blues than my past albums and at the same time more diverse in terms of style, guitar technique, and guitar tone. Each song tells a story – about an experience, life observation, or my life philosophy in general. I hope you find some of these songs just flat out fun. And about that mathematics reference? Study the grill cloth on the front cover and let us know what you see.”

Prime Blues is widely available from iTunes, Spotify, Amazon and the official website, jimallchin.com for digital downloads and CDs.

Founded in 2013, Artisanship Music Nashville is a multimedia production, marketing and distribution company dedicated to uncommonly great music and the artists who love to create and perform for audiences around the globe. We work with both well-established and emerging artists from concept to launch on their musical, entertainment and educational endeavors. Artisanship Music is a proud member of the Americana Music Association, The National Academy of Recording Arts & Sciences, NSAI and ASCAP.