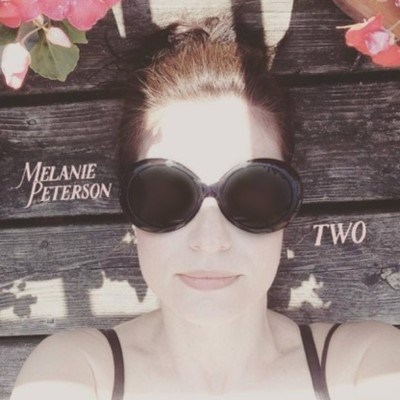 For the lead single/lyric video “Been So Long”, video motion graphics are by Andrey Sorokin (also worked with Lindi Ortega), who is based in Kirishi, Russia.

WHO: Melanie Peterson (guitar/lead vocal) as her trio, including Mitch Girio (guitar/backing vocals), Peter Collins (bass/backing vocals) – all of whom performed on the new EP.

HOW MUCH: $10.00 at the door. Advance tickets at; https://www.eventbrite.ca/e/agc-plein-air-concerts-present-melanie-peterson-folk-roots-tickets-35239897482

ARTIST QUOTE: Melanie Peterson, who in 2016 received two FACTOR grants, states, “My new summer EP is about two sides of love. The, I can’t believe it, I’m falling in love side (#1, Been So Long) AND the now that the honeymoon is over, are we going to make it as a couple side (#2, Kiss Me Like You Mean It). My hope for the album release show is that folks enjoy the evening in the outdoor setting and they like the new songs!”

Peterson earned her spot within Toronto’s independent music scene when she was invited to host and perform her original songs in the monthly female singer-songwriter night called ‘Girls Girls Girls’ at the renowned Cameron House (September 2010 to December 2012) and in March 2012 when she initially showcased at Canadian Music Week. She was invited back to perform two showcases at CMW 2013 and in that same year she launched her first full-length album ‘Unbreakable’ in Toronto. Melanie followed that up with a triumphant 2013 NXNE showcase and a successful southern Ontario tour.

“The songwriting is genuine and self-aware, and there is a positive tone even in the heartbreak.” ~ Cate McKim, Life With More Cowbell, 2016

“This is an artist who knows how to entertain an audience, playing three 45 minute sets to a packed house of admiring fans.” ~ Frank Mcfadden, Snapd Beach/Danforth

“…we have very much enjoyed playing a variety of tracks from ‘Unbreakable’, and my Saturday morning listeners have been quick to let us know they enjoy what Melanie does!” ~ Monica Winfield, host, BBC Radio Leicester, 2013

“A melodically enchanting songwriter and musically adept guitarist, she has the crowd eating out of her hand. I’d call her music smooth pop as it is as inviting as it is sweet.” ~ Gary 17, Toronto Moon Magazine

“…check out Melanie Peterson, a terrific singer and songwriter. She sounds just as good live as she does on her album. She has a beautiful voice.” ~ Joe Warmington, Toronto Sun, 2011

“I can hear the Joni Mitchell influence in her voice, but there is a significant difference —Joni’s voice is cool, introverted and detached, whereas Melanie’s is warmth personified.” ~ Altrockchick.com

ABOUT:
Blessed with a voice reminiscent of an early Joni Mitchell, and an ability to imbue her vocals with palpable and authentic emotion, Saskatoon born, Toronto based singer-songwriter and actress Melanie Peterson has become one of the brightest lights on the Toronto music scene. Previously, she has released a five-song EP called ‘After the Fall’ (2010), her first full-length album ‘Unbreakable’ (2013), a six-song cover EP titled ‘Read It On The Radio’ (2014), her second full-length album ‘Anywhere From Here’ (2016), a holiday single “Santa’s Sleigh” (2016), a single “Sunshine” (2017) and most recently, her newest EP ‘Two’ (July 14, 2017).