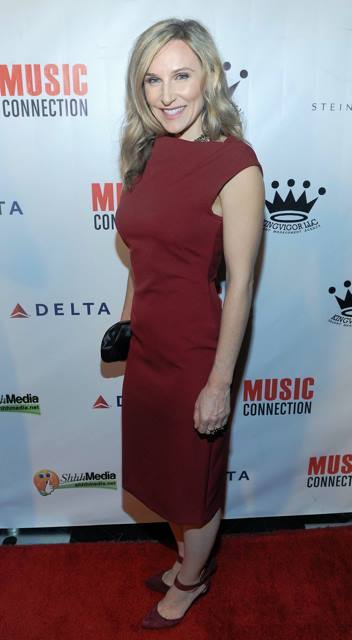 Melissa Rebronja, also known as EMAR, is an extraordinary, multi-talented, multi-media artist who was born in Belgrade in the former Yugoslavia, grew up in Canada (in Toronto and Vancouver) and now resides in The City of Angels: Los Angeles. One of the most amazing things about beautiful Melissa is that she performs and records world music, singing in over 10 different languages, including Serbian, Hindi, Farsi, Persian and Arabic. Not only can she sing with the voice of an angel, but Melissa performed her debut stand-up comedy show in 2013 with DANTE at The Jon Lovitz Comedy Club. She is currently the host of EMAR EVOLVE TALK on YouTube where she discusses Consciousness, Spirituality & Oneness among other topics and Music Dreams TV, in which she raises awareness about the current music industry. It is my genuine pleasure to interview Melissa Rebronja for this very special, end of the year, feature.

I’ve known you as Melissa Rebronja for a long time, however, you are also known as EMAR.  Why the re-branding?

The first rebranding happened back in 2007 when I recorded my first EMAR EP. Since my first two albums were Adult Contemporary, and once I specifically started branching into World Music, I thought using a different name made sense. EMAR is really just an exotic way to write my initials M.R. In the last year I’ve actually started using both names as one: Melissa Rebronja EMAR.

You’ve been making music for over ten years. I can remember when your song “Beautiful” came out as well as your stunning cover of “Wonderwall” that became a download hit on CD Baby as I’ve been a fan since those days. What have you recorded since then?

Since my debut album Embrace Yourself, which included radio singles “Wonderwall” & “Beautiful”, I’ve recorded two full albums and two EPs. In the last few years I have been collaborating with new producers on songs being licensed for Film and TV.  My voice and music made it in the soundtrack of ABC’s TV Series ‘Missing’ and Bollywood’s Salman Khan’s first North American feature ‘Dr. Cabbie’.

What musical achievements have been the most rewarding for you so far?

I consider myself an Artist Raising Consciousness and Evoking Peace in all that I do.  So with that said, the most rewarding thing for me is evidence that my music is bringing people from different backgrounds together and evoking peace. I was deeply touched that my version of Church Slavonic Christian Orthodox Chant song “Tebje Pojem” was showcased to Catholic Priests of Society of St. Paul in Rome. What’s beautiful about that is the image of two different religions that have been at opposite sides in the Yugoslav wars coming together through respect and admiration for spiritual music.

Another example is when I first arrived in Singapore after a 24 hour flight a few years ago I noticed my cab driver had Hindu statues and symbols all around his car. I told him I sang in Hindi. He was stunned and didn’t believe me. I proceeded to sing to him my version of “Tumare Darshan” live in his car. He was almost in tears of joy. When we arrived to my destination he gave me a big hug, thanked me from the bottom of his heart and told me that if I lived in Singapore I would be a star. That was one of the most beautiful and touching welcomes I received yet.

Do you have plans to record a new album and if so, what will it focus on and when can we expect it?

Yes. I have brand new songs, covers and re-mixes.  It will be a culmination of Melissa Rebronja & EMAR in one.  It will be songs that have touched my heart and call for healing of our soul’s wounds. I plan to sing and record in English, Serbian, and Croatian.

Because it is relevant to your own creative projects, would you share a little about your spiritual beliefs?

I believe in our Oneness.  I would call my religion Love. I embrace all religions, all cultures and all people as one. I have respect for all no matter what their spiritual beliefs are or lack thereof. Like I’ve stated on the home page of my website, “It doesn’t matter if you’re an atheist, agnostic, religious, spiritual, whatever. If you are a kind human, have love in your heart, are open-minded and do your best not to judge but extend love, kindness and acceptance to every human on Earth – You are living in Oneness and we need you.”

Can you tell us first about some of the guests you’ve hosted on EMAR EVOLVE TALK and share some highlights from those interviews in terms of what you learned?

I started EMAR EVOVLE TALK as a passion project and it’s also a wonderful way to have my music in front of a wider audience. I talk to guest on topics of Consciousness, Spirituality and Oneness. My notable guests have been Spiritual Author Jeff Brown, Consciousness Author Graham R. White and Founder of UK pop-band Londonbeat, Will Henshall. What I learned is that we have some amazing people on Earth right now who are shifting our consciousness, expanding our minds and healing our hearts. This makes me feel very hopeful about Earth and its inhabitants.

Out of everyone you have interviewed so far, who left you with the most spiritually profound impression and why?

I love all my interviews. Jeff Brown has left a profound impression because he has some very interesting, non-mainstream views on topics such as Forgiveness, which I find very intriguing and am still absorbing. I am hoping to have him back on the show again.

Can you tell us about Music Dreams TV and how you got involved with it?

Music Dreams TV is another passion project of mine. I started the first episodes in Canada in 2009 and just restarted it recently in LA. It’s how I give back to the Independent Music community. Being an independent musician can feel daunting and lonely. I’ve been lucky to have the guidance of some amazing people along the way, including mentors in the Industry such as Derek Sivers, Tess Taylor, and Dave Kusek.  My wish is to share with others all that I learn and am learning to enlighten the Music Industry as a whole.

Where can we tune in to these shows online?

EMAR EVOLVE TALK is at youtube.com/mrebronja

I understand that you were nominated for “Best Social Media Artist of the Year” by LA Music Awards in 2014. Congratulations! What was the nomination based on?

Thank you so much. It’s exciting. The “Best Social Media Artist” Award is based on my overall online social media presence and personal website.

Tell us about your experience at the Awards ceremony 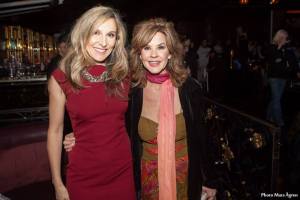 Being at the LA Music Awards Ceremony was super fun. I got to experience being on the red-carpet for the first time in my life. I realized there is a whole art to it, and I think I did pretty well for my first time.  I also got to meet some amazing people in the entertainment industry such as actress Linda Blair. Most of all it is nice to be acknowledged as an independent artist. We could use more of that.

Do you enjoy living in Los Angeles? What’s the best thing about being there?

Los Angeles is a great city. I definitely enjoy being here. Beside the obvious weather advantage it really is the entertainment capital of the world. I have met and worked with some amazing people from all around the world while in LA, people that I probably wouldn’t have access to otherwise. Mostly I like being on the West Coast as my soul resonates with it the most. I spent five years of my life in Vancouver, BC and that’s where I first fell in love with the West Coast. 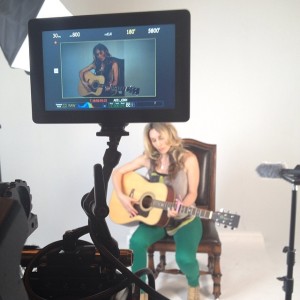 Do you have any acting aspirations?

I did at one point in my life. I am not so sure anymore. When I see how passionate and committed some actors are, I must admit I am not. For me music has always been my obvious choice.

Are you venturing into comedy now?

I did take a class and had my debut performance last year, which was absolutely terrifying for me. I faced a big fear that day. I highly recommend it to people.  I have not been back on a comedy stage since then. I would like to be.

Do you use music in your comedy routine?

I haven’t yet but would love to have a portal to combine all the crazy characters that live within me with my musical abilities. That sounds like one fun challenge to face. Stay tuned.  😉

Are you going to make any New Year’s Resolutions? If so, would you be willing to share any of them with us?

Surrender completely to the power that created me.

Be Love in moments when it’s especially hard to.

Thank you so much for talking to me Melissa! It’s obvious that you have a lot of passion for not only your music career but also for humanity in general. Oneness and Love is a movement that I can certainly get behind and I’m truly inspired by your goals. Los Angeles is really lucky to have you as a part of its entertainment community.