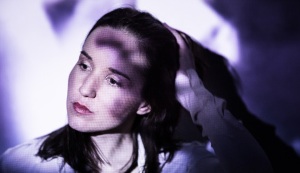 Live Wire Music Series presents Swedish-born Sarah MacDougall on Friday, Oct. 24th 7:30 pm at The Octave Theatre in Kingston. Now based in Canada’s Yukon Territories, Sarah has been described by Rootstime in Belgium as “one of the greatest talents of our era”, and by 24 Hrs Vancouver as “one of the most promising exports out of Sweden since Abba.”  Known for her unique voice and passionate live performances, this two-time Western Canadian Music Award winner has just returned from Europe and The UK where she is considered a rising star.

Opening the evening will be the Toronto duo Ash and Bloom, playing songs 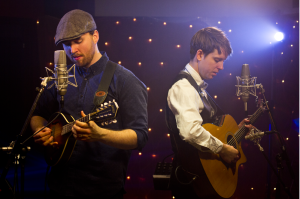 from their 2014 release Let The Storm Come, a CD which has critics comparing their sound favourably to both Simon and Garfunkel and Iron and Wine, and which features songs co-written by some of Canada’s greats: Peter Katz, Caroline Brooks (The Good Lovelies), Julie Crochietere and Rob Szabo.  Their shows lean into synergy as their songs turn audiences into unsuspecting choirs.

Tickets $20 in advance and $25 at the door available at Brian’s Record Option (613 542-2452) and Tara Foods and online at www.livewiremusicseries.ca

Recent reviews for Sarah MacDougall from around the world:

Thoughtful, strong, and spiritual – The Globe and Mail

This is a real breathtaking and touching record from one of the greatest talents of this era – Rootstime, Belgium

We’re not so specific about nationality when we declare Sarah one of Sweden’s best singer/songwriters – Nöjesguiden, Sweden 4/5 stars!

A near perfect collection of memories of love – Allgigs.co.uk 4.5/5 stars!