On Saturday, October 20th, Live Wire Music Series presents a tremendous double bill concert featuring the multi award-winning Halifax singer Rose Cousins (who was just nominated for 3 Canadian Folk Music Awards!) together with North Carolina’s songwriting genius Jonathan Byrd.  Both these artists are audience favourites who are riding a wave of critical acclaim for their most recent CDs.  Rose’s famously gorgeous vocals have gained her legions of admirers across North America while Jonathan Byrd’s profound and moving tales of everyday life in small town America have critics comparing him to John Prine and Townes Van Zandt.  This will be another very special evening at The Octave Theatre in Kingston. 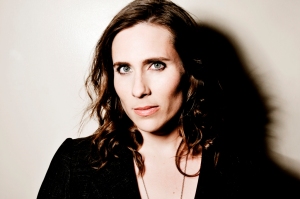 Jonathan Byrd has crafted a potent canvas as searing as Neil Young’s stripped down masterpieces but with a touch of the laid back Eagles and the timbre one hears in the more haunting runs of a Chris Darrow or Ry Cooder. ~ Mark S. Tucker, Folk & Acoustic Music Exchange

Having recently made WFMT Midnight Special host Rich Warren’s “50 Most Significant Songwriters of the Past 50 Years”, a list which includes giants like Bob Dylan, John Prine, and Joni Mitchell, Jonathan approaches his work on Cackalack with the most ordinary of materials: Chicken wire.  Concrete.  Roofing tacks.  He takes us to real, everyday places. The Outer Banks, where wild ponies still run.  Rockwell, where Byrd sings a song to his father’s ashes.  And 95 South, a great river of humanity that brings us rolling back south from a hard tour.