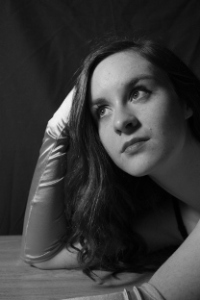 General seating tickets are $12/per person and are available online at www.wellingtonst.net and www.bottletreeinc.com or at the door.

Beauty and the Beast has been adapted for the stage by Charles Robertson, with music and lyrics by Michael K. Myers.  This is one of six fairy tales that Robertson and Myers have collaborated on.  These shows have been seen by thousands of kids across Ontario.

Beauty’s father is a merchant whose wealth has been stolen by his unscrupulous partners.  Despondent, he seeks shelter during a storm in a magnificent castle.  In this castle lives a fearsome beast who to spare the merchant’s life makes him promise to send his youngest daughter, Beauty, to live with him.  The Beast is actually a handsome prince who has been the victim of a spell by a jealous witch.  In her heart, Beauty holds the key to set him free.

“Charles and Michael have created a wonderful story for the whole family.  There is comedy with the three clumsy suitors of Beauty and her two sisters.  There is the magic of the Beast’s castle and this is one of the classic romances in literature.”

She went on to say,

“In Megan Ready-Walters, we have a very talented young actress with a marvelous voice. Megan has recently won an award for her acting at the Sears Drama Festival and she was great as Sandy in K.C.V.I.’s ‘Grease.’  Her performance as the beautiful Lucy in Bottle Tree Productions’ ‘Sweeney Todd’ showed off her singing skills.”

For more on The Wellington Street Theatre Project go to www.wellingtonst.net.