In the First set:

Glenna Green is a self described second generation music brat. Glenna blends the classical and jazz influences of her early years with her own unique artistic expression derived from her love of folk music. Her honesty will make you cry one minute and laugh the next as you are allowed a glimpse into who Glenna Green is.

Her latest CD is a collection of covers including Rodgers and Hart, Fats Waller, Duke Ellington, Cole Porter and Gershwin. Fast forward in time to Carole King, the Kinks, Burt Bacharach, Bonnie Raitt and Tom Waits and you’ve got a yummy mix of ear candy. Her music is a treat for anyone who has ever loved and lost, who remembers what it was like to be a child without a voice or who just wants to go back in time and enjoy the sway of an old standard. Ironic, sad, fun and purely entertaining, it leaves the listener wanting more. Glenna’s vocal styling has been compared to Nora Jones and Blossom Dearie.

Chris Morris is a bit of a local celebrity, possibly being one of the few individuals to put Kingston on the indie band tour circuit by with Rock Crew Productions before moving on to a successful career in real estate sales. Chris is a major player in the Kingston Folk Club and has provided organization prowess behind music festivals with the goal of racing funds for the Joe Chithalen Memorial Musical Instrument Lending Library (Joe’s M.I.L.L).

The members of Collective Productions: Jake Deodato, Chelsea Swain, and Meredith Slack, currently playing to sold out audiences at Time to Laugh Comedy Club with their “Broadway After Dark” series, switch gears, offering an eclectic selection of pop and rock numbers with their own twist. 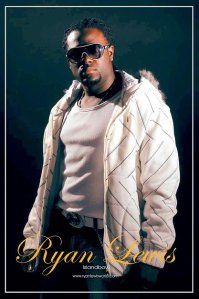 Ryan’s raw soulful vocals and catchy hooks make him a standout on stage. Lewis, also known as Islandboy, has been in the music industry for over 10 years, performing in different parts of the Caribbean, the U.K and Canada.

The highlight of his career was being a member of the award winning Caribbean top 40 group, The Toni Norville Project, who shared the stage with internationally acclaimed artists such as: Rhianna, Jah Rule, Boyz II Men, Brian McKnight, Lady Saw, Spragga Benz, Fat Joe, Ashanti, Buju Banton, Berese Hamond and so many more.

In 2008 Ryan decided to pursue a solo career. He released an inspirational album entitled The Fight For Love and he wrote, performed and produced all of the tracks on the album. The first single entitled Shortie has since been in rotation on Much Vibe and many other Urban music stations.

He is currently in the completion stage of creating his newest album project and booking a promotional tour for the new year.