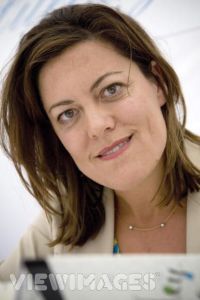 The lovely Anna Pasternak, author of Daisy Dooley Does Divorce, would like you to know that she will be speaking at the Henley Literary Festival on Saturday, September 20th, 2008 at 4:00 pm. If you would like to see (and possibly meet) Anna in person and you live in the UK near London, this is your chance! All information about the Henley Literary Festival can be found at this link:

Journalists Anna Pasternak and Marius Brill took Fielding’s Jones (Bridget not Tom) model into the 21st century, but in opposite directions. One laughed with her, the other at her.  Pasternak’s Daisy Dooley Does Divorce was described as “frequently hilarious and sharply, wittily written” by the Daily Mail. Brill’s Making Love, a Conspiracy of the Heart inspired this warning from Time Out: “Women who snort when they laugh and men prone to getting erections in public should read this at home.” Now the two authors go head to head to defend their comic visions and give insights into what makes us laugh.